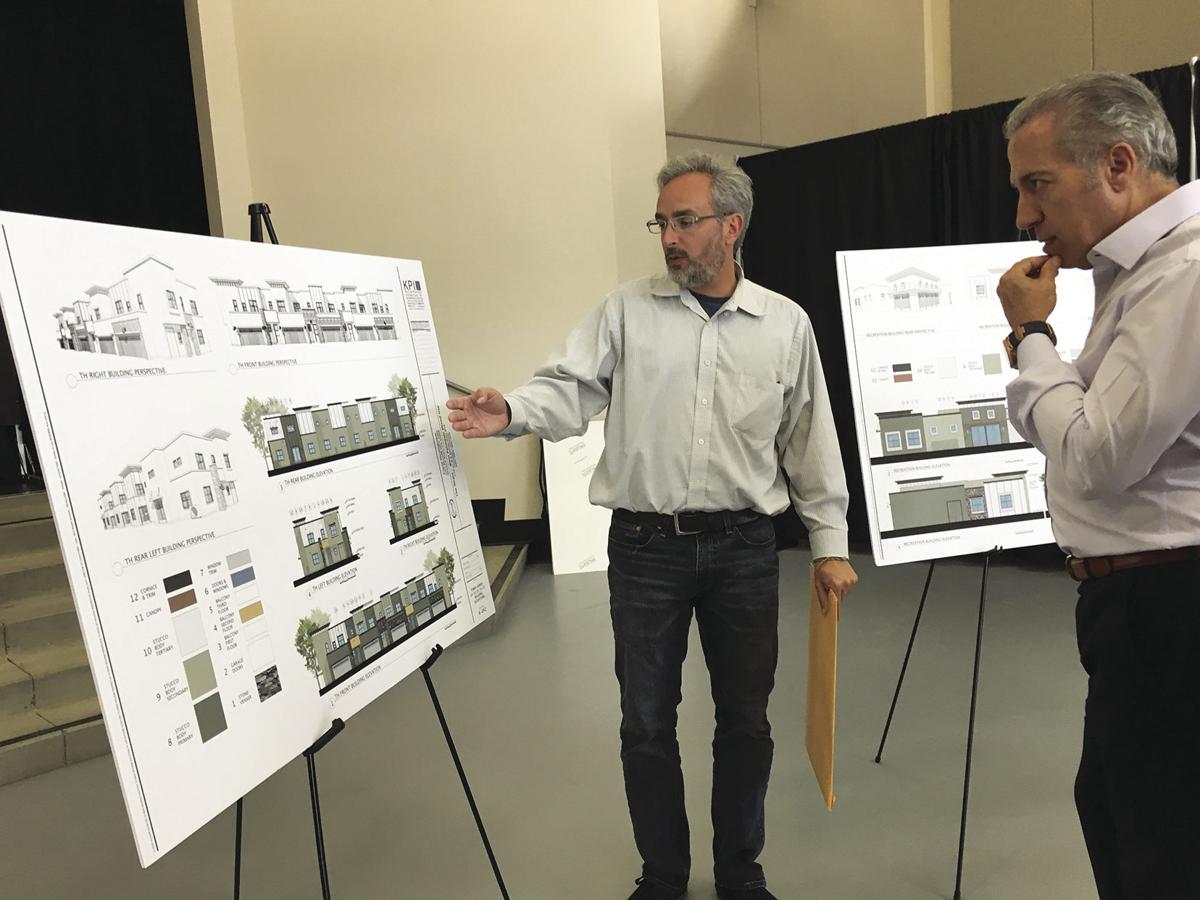 PALMDALE — Developers of a planned mixed-use retail and residential center near the Antelope Valley Mall detailed their plans for the first-of-its-kind development in the Valley.

“Nothing like this exists in this entire Valley,” developer Steven Coyne said.

The plans for the center, which will be anchored by a Sprouts Farmers Market, were presented to a group of 20-25 interested residents Tuesday evening during the first of two scheduled open houses.

The center is planned for the northwest corner of Rancho Vista Boulevard and 15th Street West, with the retail center on the corner and the majority of the residential units to the north.

In addition to the long-awaited Sprouts, the retail center is expected to include service retail, such as a nail salon, restaurants and other establishments. It is intended to serve those living in the adjoining residences, “a walk instead of a drive,” as well as the community at large, Coyne said.

As presented, it will feature 308 apartments, mostly studio and one-bedroom units, and 36 two- to three-bedroom townhouses.

The gated complex will feature a central recreation building, pool, picnic area and other recreational amenities.

While the apartments will be rental units, the townhouses are envisioned at this time as being purchased by residents.

The new housing is intended to fill the needs of area industry, especially aerospace, which is hampered by the lack of housing for the employees being hired to work here. Employees now are commuting to the Antelope Valley from Santa Clarita and as far away as Simi Valley, because they cannot find the housing they desire here, Coyne said.

“(Companies) are kind of seeing this as an Achilles’ heel,” he said.

The center’s high-end design, with apartments in a complex with lots of amenities, is aimed at the millennial generation who are less interested in home buying and the upkeep of a single-family home, Coyne said.

Those in their late 20s and early 30s are more interested in spending money and time elsewhere than on their housing, he said.

Economic analysis of the housing market here determined a demand for between 1,000 and 2,000 apartment units, he said.

Among the concerns expressed by residents at Tuesday’s open house was the impact of the development on the area’s already heavy traffic.

“I’m not thrilled with apartments being here,” as traffic in the area already makes it difficult to get around, said Janice Stephens, who lives near 17th Street West and Avenue O-8. “It’s going to impact us terribly.”

“This is going to impact the traffic, even if they say it’s not,” neighbor Charlotte Forte-Parnell said.

Some also questioned whether the market really exists here for the type of high-end apartments and townhouses being planned.

“They’re catering to the aerospace (industry),” Stephens said, but wondered whether there are actually enough employed to afford the rents and if it means there will be more people than planned living in each unit.

The project is still in the midst of the planning process with the city, but Coyne says he hopes to be able to break ground by the end of this year or the beginning of 2020.